While most posts about The Louvre are probably about the art (like my Mona Lisa post and Sculptures & Statues post), I decided that The Louvre Palace is pretty enough to deserve its very own post.  The Louvre Museum is housed in The Louvre Palace.  The palace is 652,300 square feet and holds nearly 35,000 artifacts.  The museum is the most visited museum in the world.

Construction of The Louvre Palace began in 1202, though it was renovated throughout the years, including the controversial addition if the infamous pyramid (completed in 1989).  How the Louvre was named is unclear, though some think it is a form of “leouar,” a Latin-Saxon word for castle.  The Louvre served as the seat of power in France until Louis XIV moved to Versailles.  It continued to be used as a formal seat of government until 1789, at which point it became a museum.  Following the 1870 renovation, Napoleon Bonaparte III became the first ruler to live in The Louvre since Louis XIV.  You can visit Napoleon’s apartments at The Louvre.

We ate lunch on a terrace overlooking the area enclosed by The Louvre Palace.  It definitely offered a neat perspective of the buildings, and I enjoyed getting to see the statues up close.

END_OF_DOCUMENT_TOKEN_TO_BE_REPLACED

In addition to “wildlife Wednesday” posts (my first one featured pronghorns), I’m also planning to make “monochrome Monday” posts which will feature my favorite black and white photographs (thanks to the suggestion of a fellow Redditor).

During our first trip to Brussels we stayed at the Novotel Brussels Centre Tour Noire.  The location is decent, and it’s more reasonably priced than other hotels in Brussels — we’d stay there again in a heartbeat.  The hotel was adjacent to the Church of St. Catherine (Sint-Katelijnekerk), and we had a great view of the church from our hotel room window.  The Ferris wheel that is visible in the background was part of the Brussels Christmas Market.  We were able to ride the Ferris wheel a couple of days later.  Though the Brussels Christmas Market can’t compete with German Christmas Markets, we did enjoy ourselves — especially the ice skating, crepes, and Ferris wheel!

In my opinion, this makes a good black and white photograph because there are both black and white objects in the photo, as well as different shades of gray between black and white.  The lack of color gives both the church and the Ferris wheel an eerie feeling that just isn’t there with the colored version of the photograph. 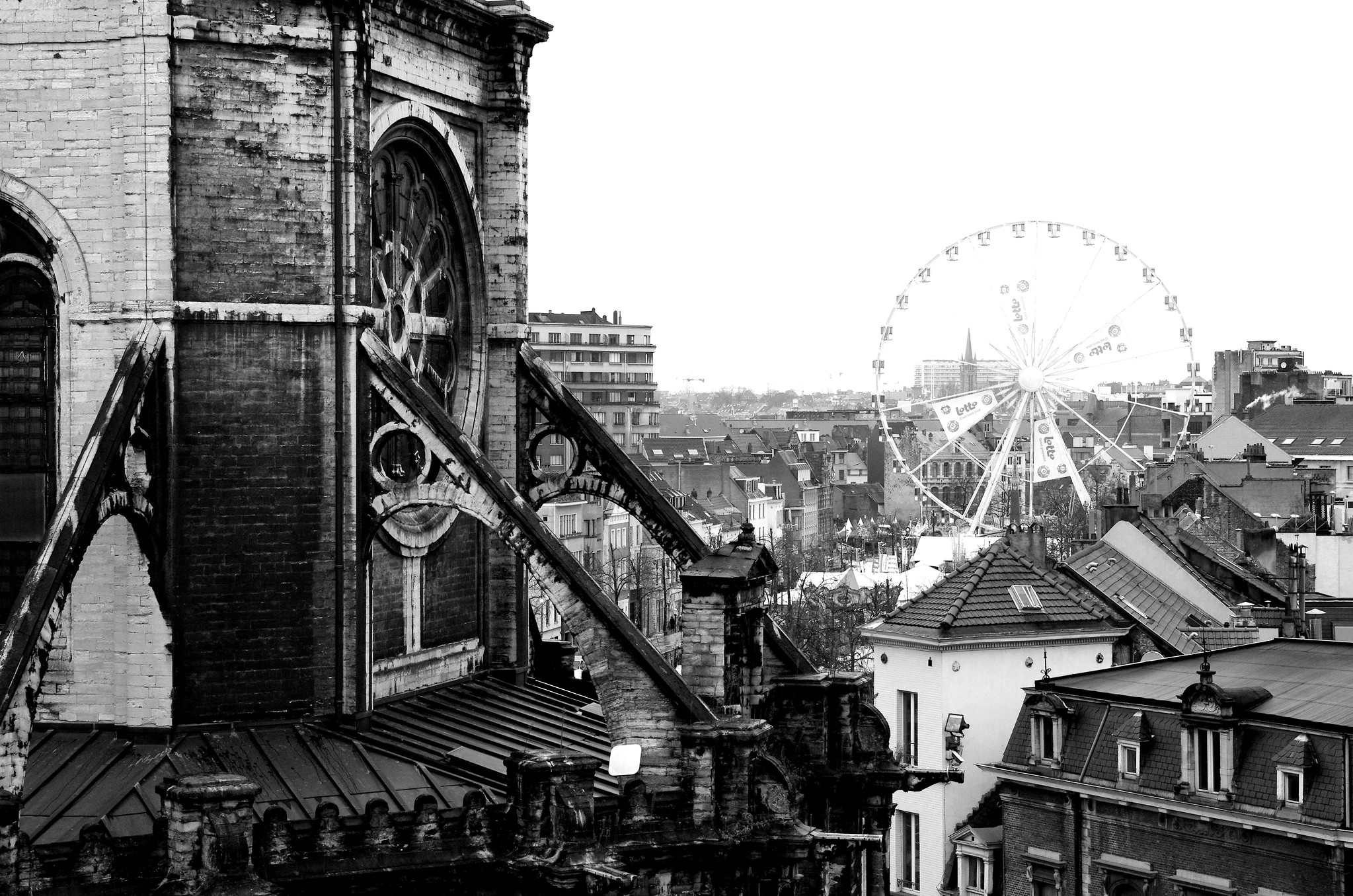 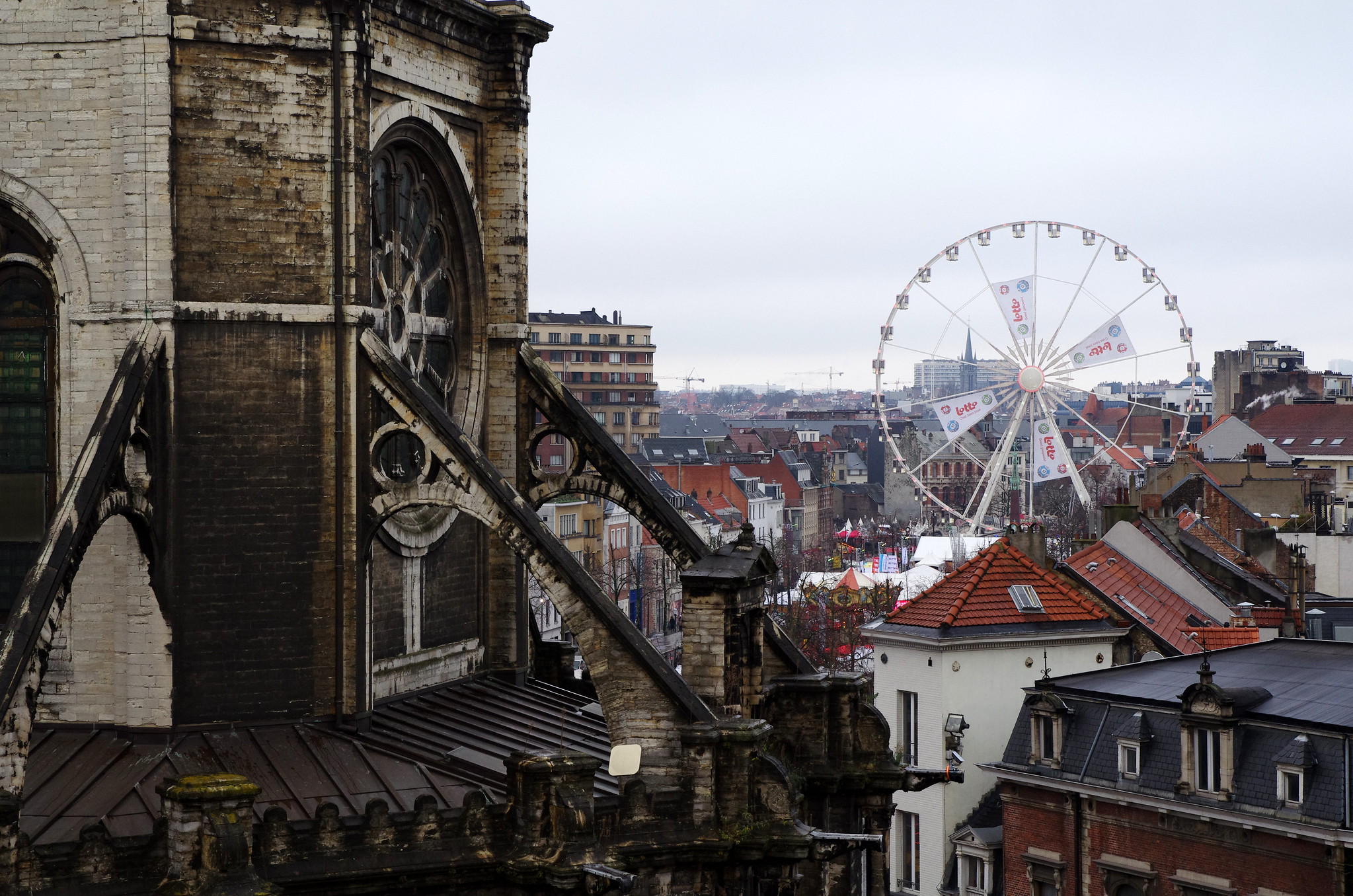