The subject of the June 2016 Texas Parks and Wildlife Foundation Focus on the Wild photography contest is “Texas views from the hiking trail.”  I live near Palo Duro Canyon State Park, so I figured I’d enter three of my favorite Palo Duro Canyon photographs — all of which were literally taken from hiking trails.  Check out my three entries!

The following photograph was taken from the Givens, Spicer, & Lowry Running Trail.  It’s one of my favorite trails because it’s incredibly scenic and it doesn’t have nearly as many people on it as the Lighthouse Trail.  There are quite a few places to do some off-trail exploring, too.

The following photograph of a dry creek bed and storm clouds was taken from the Lighthouse Trail.  The combination of scenery and stormy weather in this photograph always makes me pause to take a closer look.

There have been a few new trails created at Palo Duro Canyon State Park since I moved to the Texas Panhandle eight years ago.  This photograph was take while I was hiking one of them — the Rock Garden Trail.  The Rock Garden Trail directs hikers through an area that fell victim to a rock slide many moons ago.  There are quite a few interesting rock formations along the trail.  I love that you can see the Spanish skirts in the background of this photo (top right-hand quadrant). 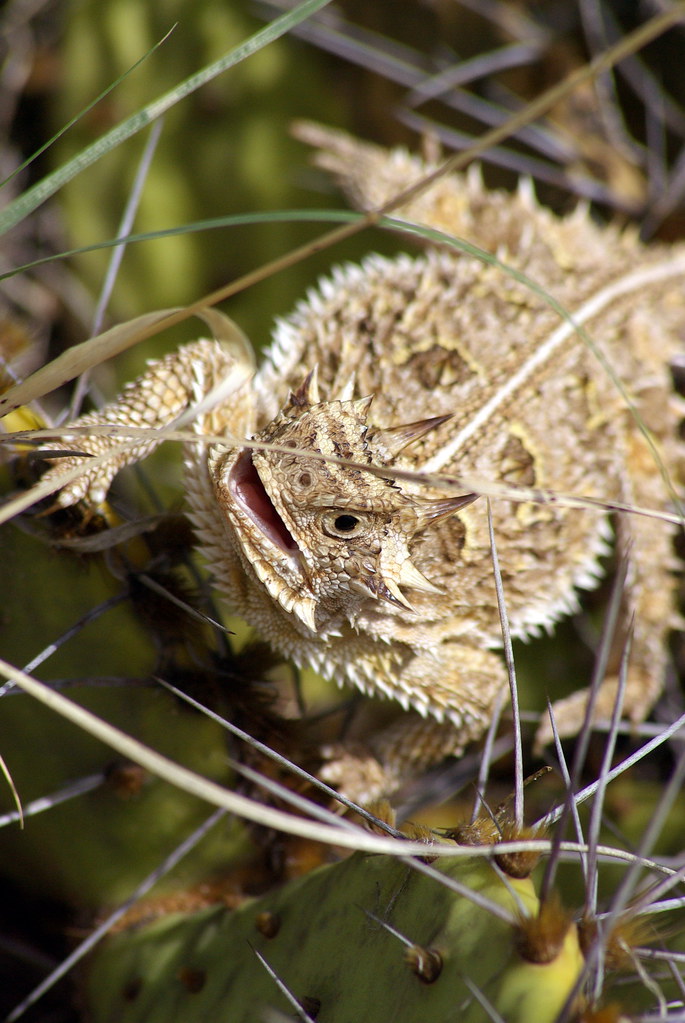 There’s just something about a black and white windmill photograph that will always catch my eye.  The J.B. Buchanan Windmill Park in Spearman, Texas, is a photographer’s dream.  It’s definitely worth the stop if you ever find yourself traveling through (or near) Spearman. 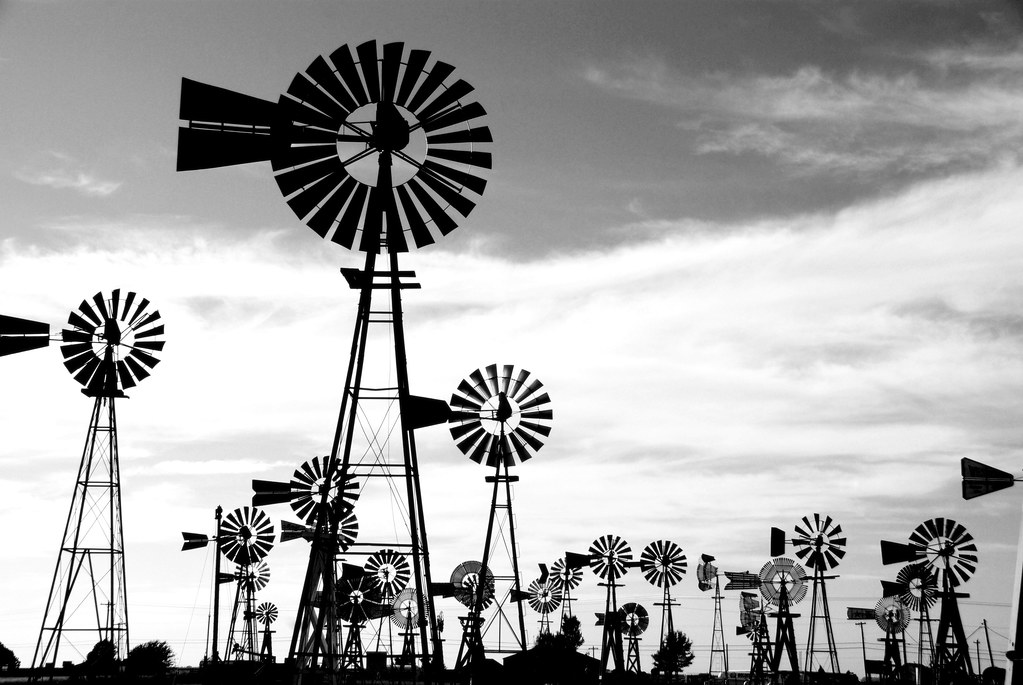 In order to post blog entries more regularly, I’ve decided to attempt to do certain posts on specific days of the week.  I know that Wednesday is almost over, but I figured that it’s better late than never.

The first time that I saw a pronghorn antelope was on the drive from Borger to Amarillo following my job interview at the then-ConocoPhillips Borger Refinery (now a Phillips 66 Refinery).  I was with a classmate who was interviewing at the Borger Refinery on the same day that I interviewed, and he kindly turned the car around so that I could get a better look (and a few photos) of these exotic-looking creatures.  I’ve lived in Borger for 7.5 years now, and I see pronghorn antelopes on a fairly regular basis, but I will certainly never tire of seeing these majestic creatures grazing on the wide-open Panhandle plains.

Fun fact: Though the pronghorn is commonly referred to as the pronghorn antelope, it is not technically an antelope.  It’s closest living relatives are the giraffe and the okapi.

The following photo is definitely NOT my best pronghorn photo, but it’s the first chance  I ever had to photograph pronghorns.  My camera equipment has improved significantly since this photo was taken. 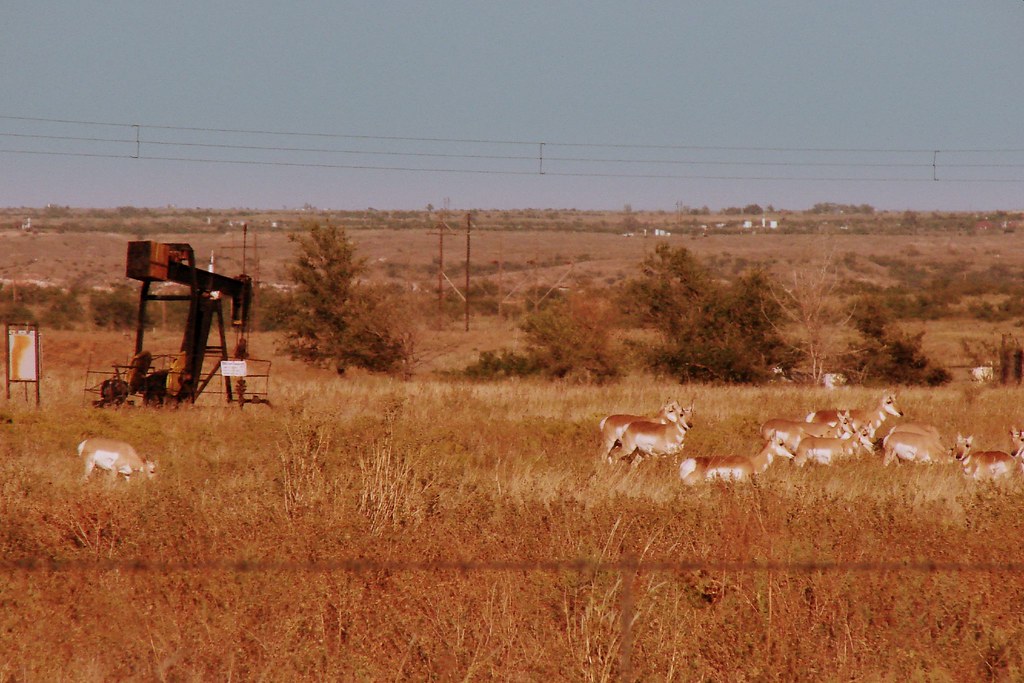 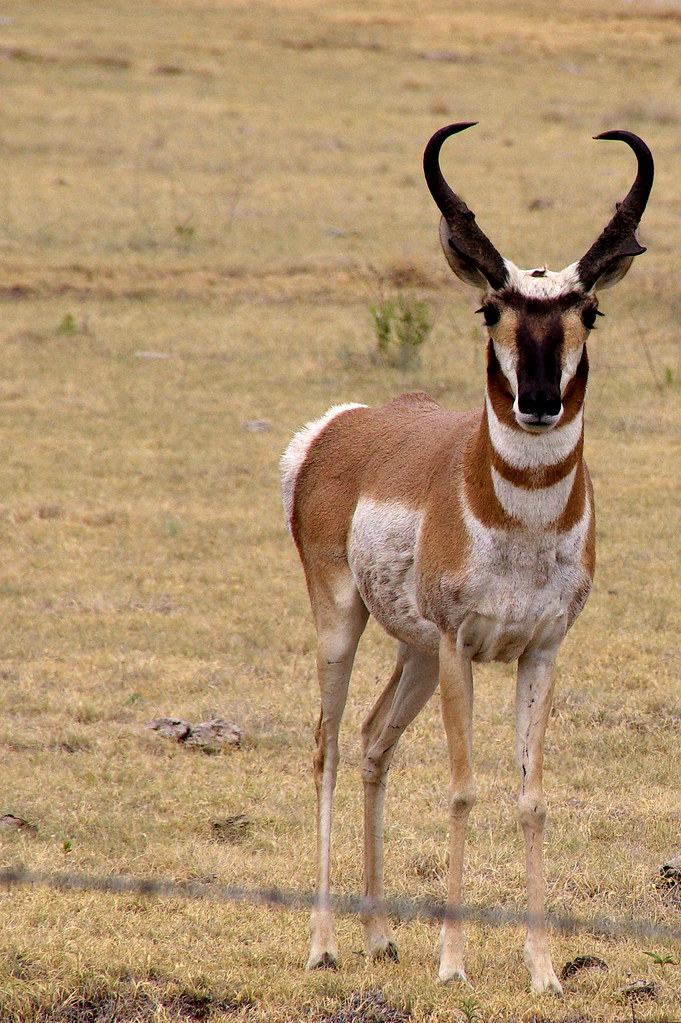 END_OF_DOCUMENT_TOKEN_TO_BE_REPLACED

I was cleaning up my office when I came across a page out of the September 2015 Birds & Blooms issue about a photo contest that I had intended to enter but had completely forgotten about.  There are three categories in the competition – Best Flower, Best Bird, & Best Butterfly.  I regularly take photos of all three of those items, so I decided that I’d go ahead and purchase one print to enter into each of the categories.

The flower photograph that I’m going to enter is a photo of some gladioli that I planted this year.  I love that they’re tri-colored, because all of my other gladioli are only one color.  I also think that our “rustic” fence makes a nice photo-background.