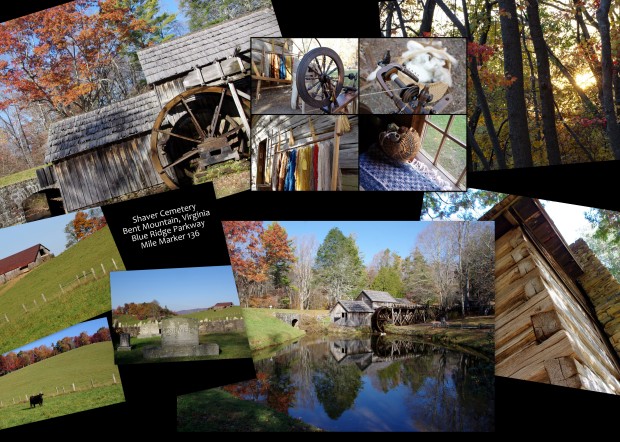 This is now day 7 of our F.A.R.T.!  In order to maximize our time on the Blue Ridge Parkway, we decided that it would be most efficient to car-camp in the campgrounds along the road.  We had read in multiple places that October is a very busy month for the BRP, so we made reservations for our campsite well in advance.  We spent our first night on the Blue Ridge Parkway in the Peaks of Otter Campground.  Our campsite was nice enough, but the bathrooms and water spigot were out of order in our section of the campground (site B16).  We didn’t receive any warning of this despite having reservations.  We could have moved to another section of the campground, but we had already set up our campsite, so we chose to stay where we were and walk to the other area of the campground.  We made chili for supper that night.  We got up with the sun so that we could pack up our campsite and get on the road before the crowds hit. 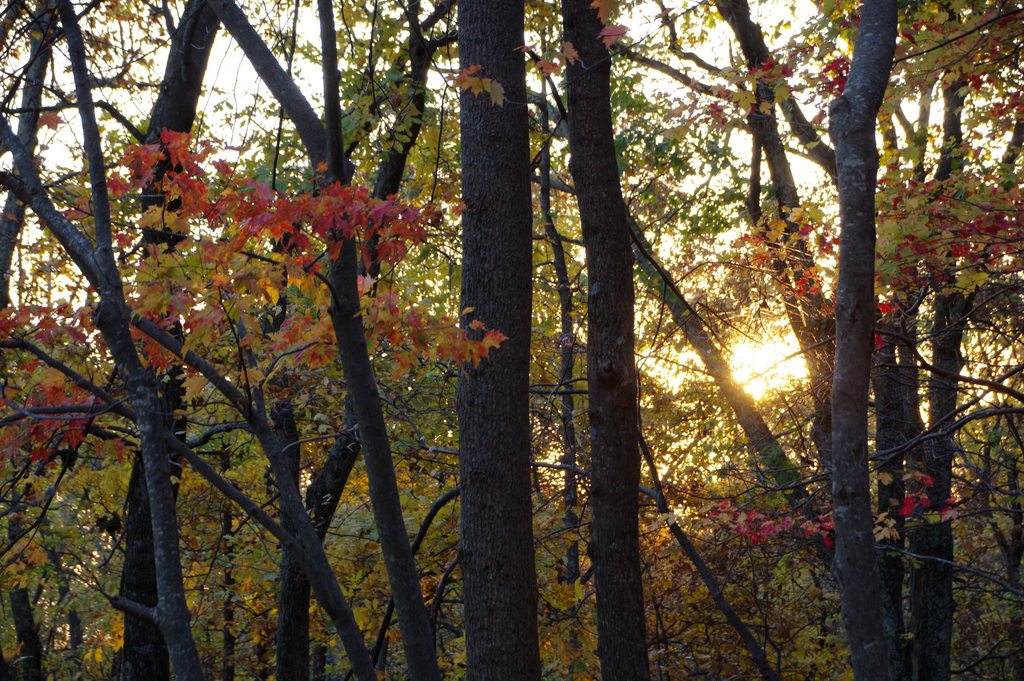 The scenery along the parkway is beautiful during the fall! 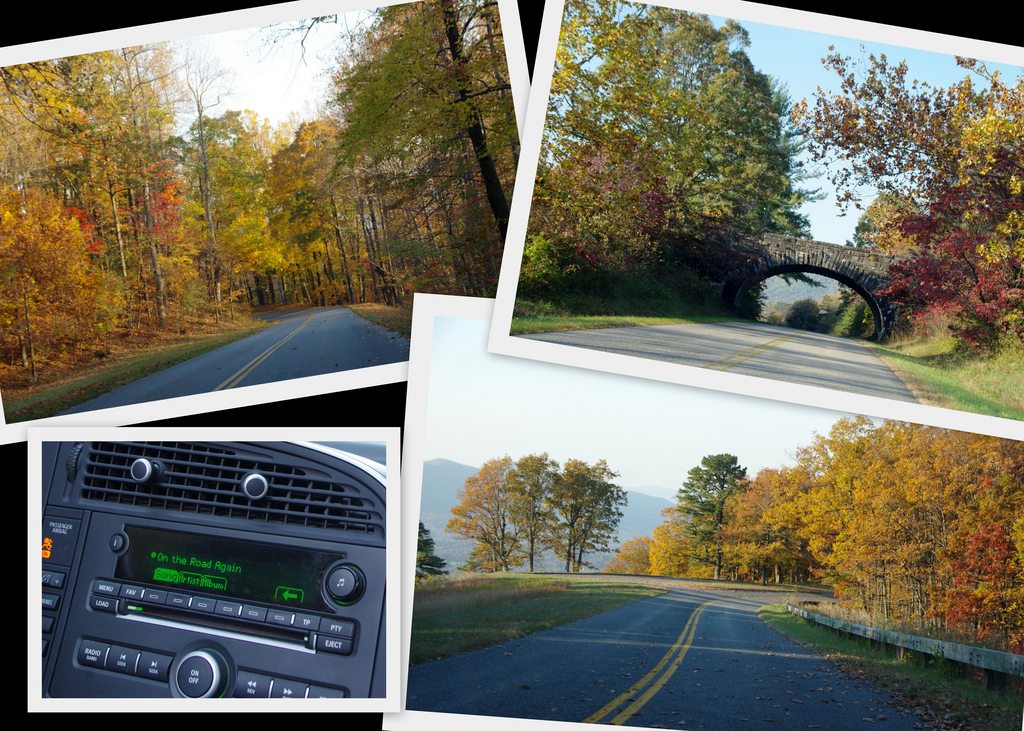 I’m a sucker for cows, barns, and cemeteries, so we stopped for a bit at the Shaver Cemetery at milepost 136. 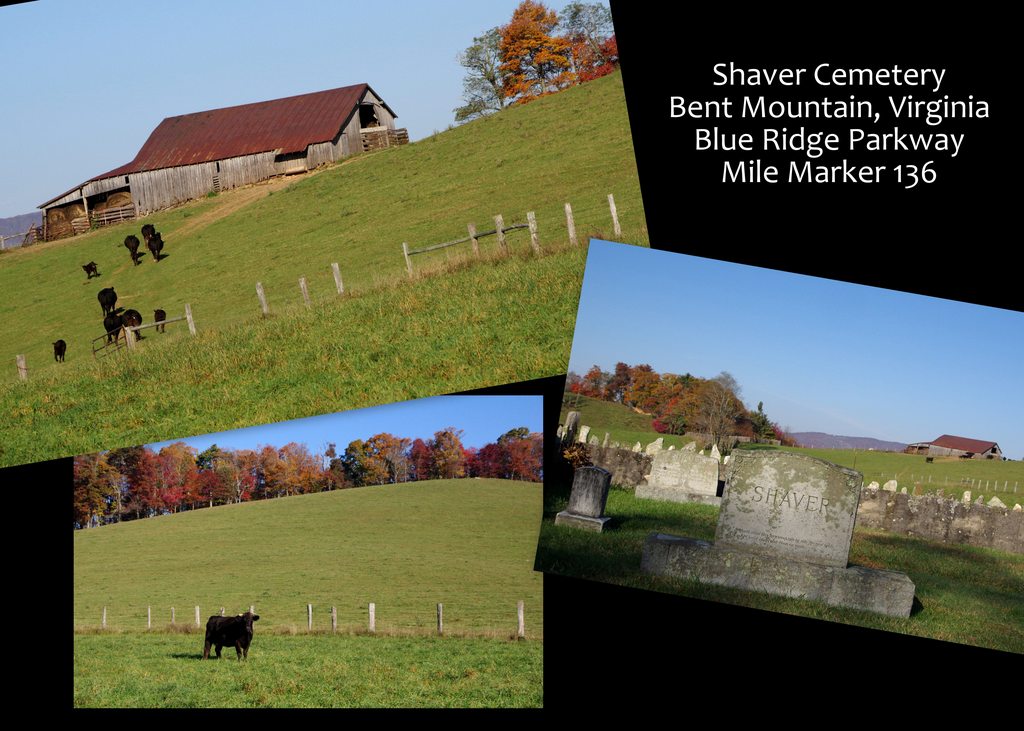 The first big stop for this day was Mabry Mill.  We wanted to get there early in an attempt to avoid the crowds, as we read that it is one of the more popular sites along the parkway.  It certainly did not disappoint.  The mill was beautiful and still functional (which was a big plus for this engineer)! 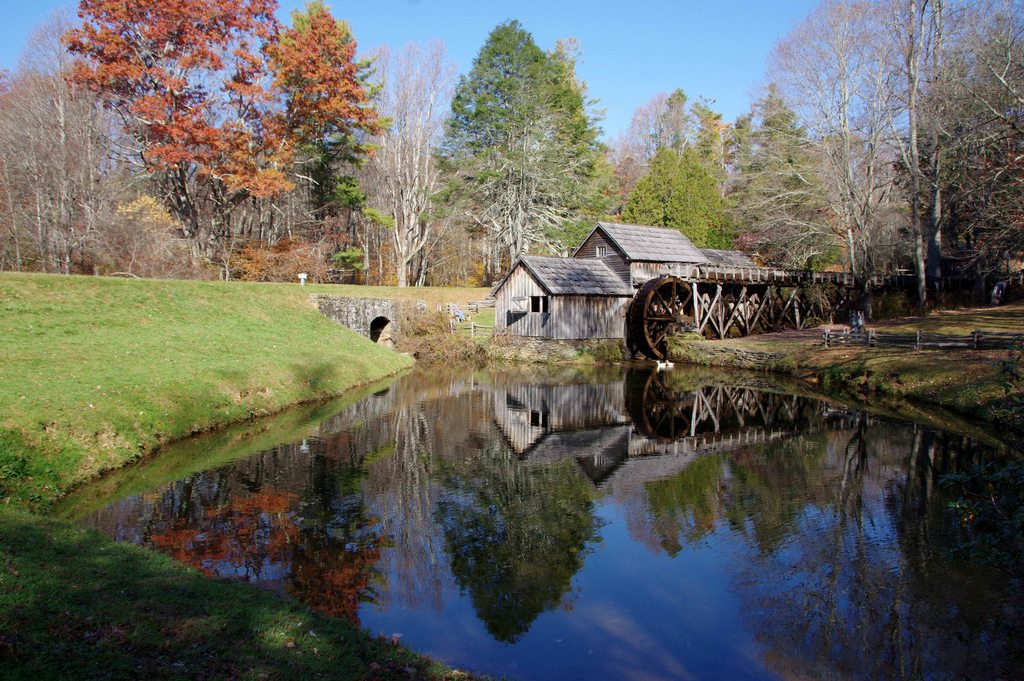 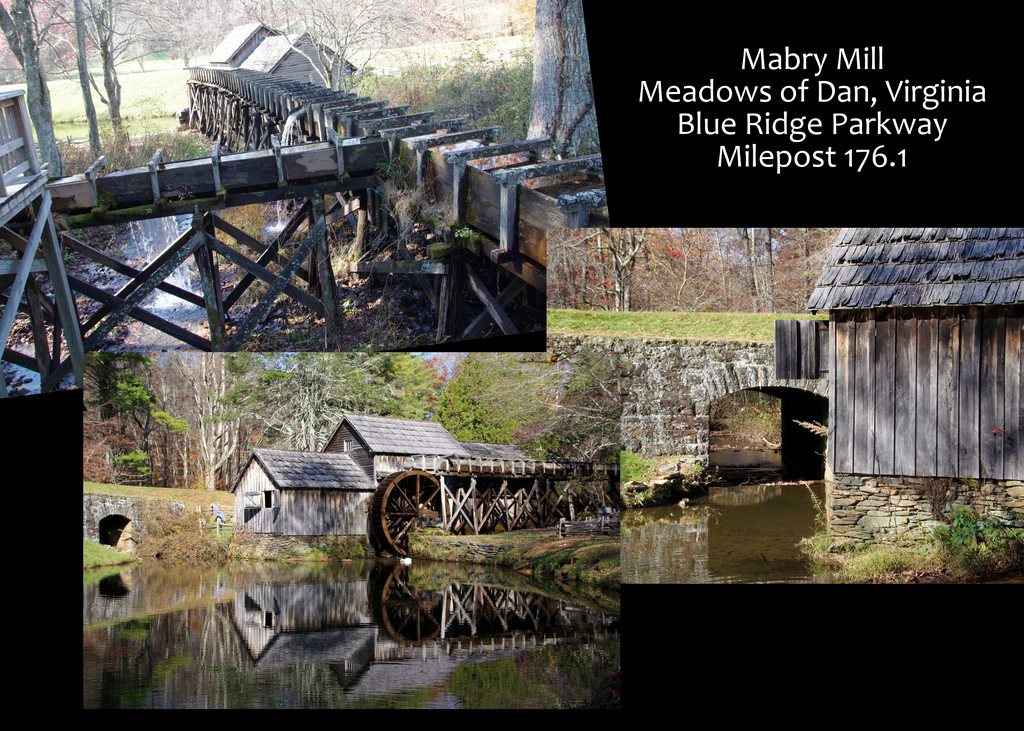 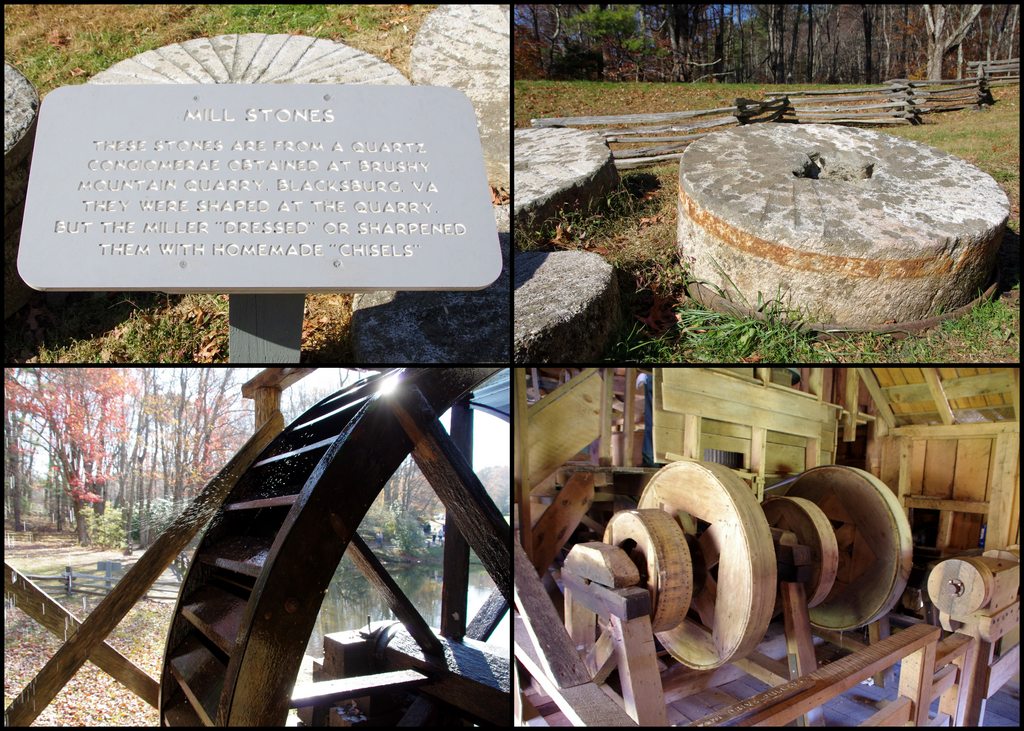 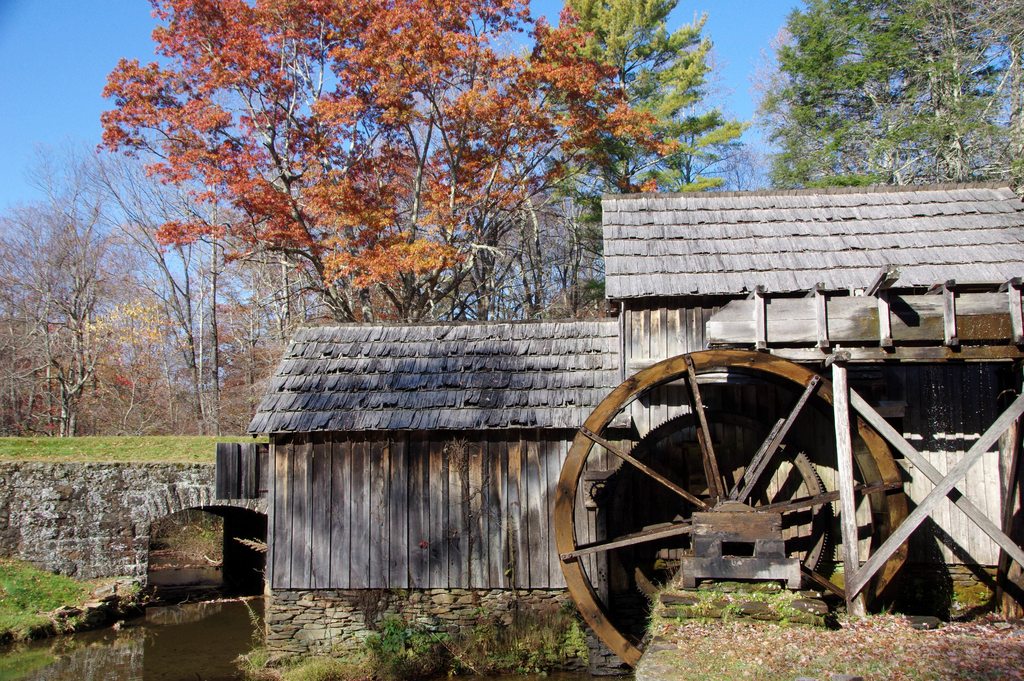 There were several other buildings to see while at the mill.  On our way out, there was a yarn making demonstration being done, but we did not have time to stay and watch.  I did snap a few photos as we were leaving.  We had hoped to eat lunch at the restaurant, but the wait was too long.  We bought some locally-ground grits and hit the road! 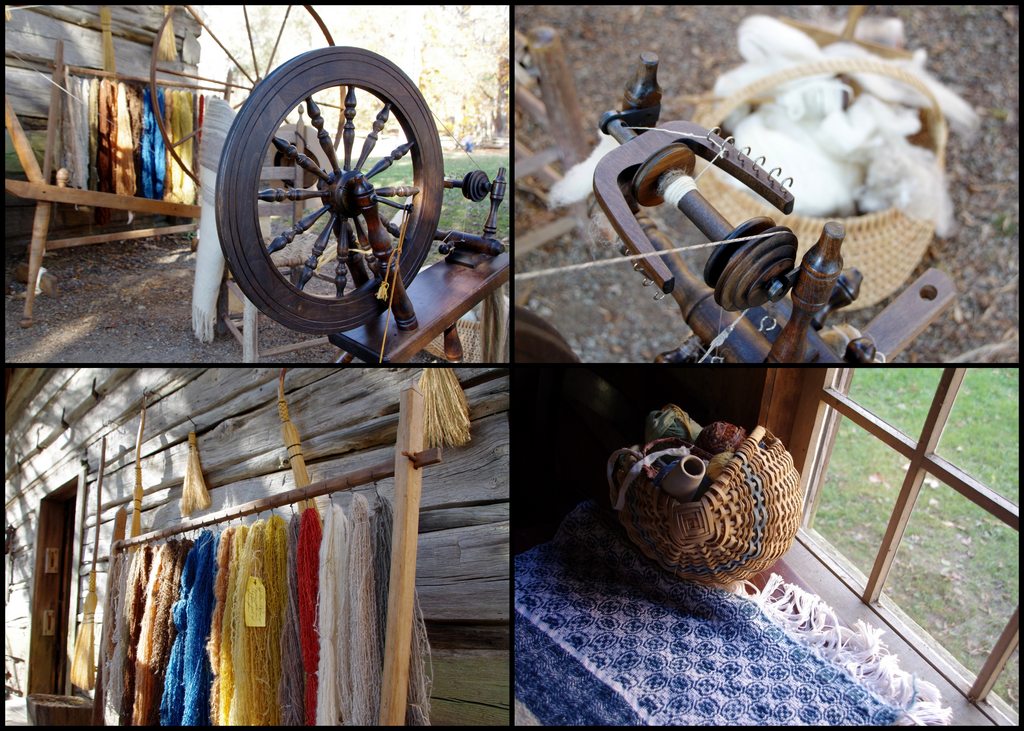 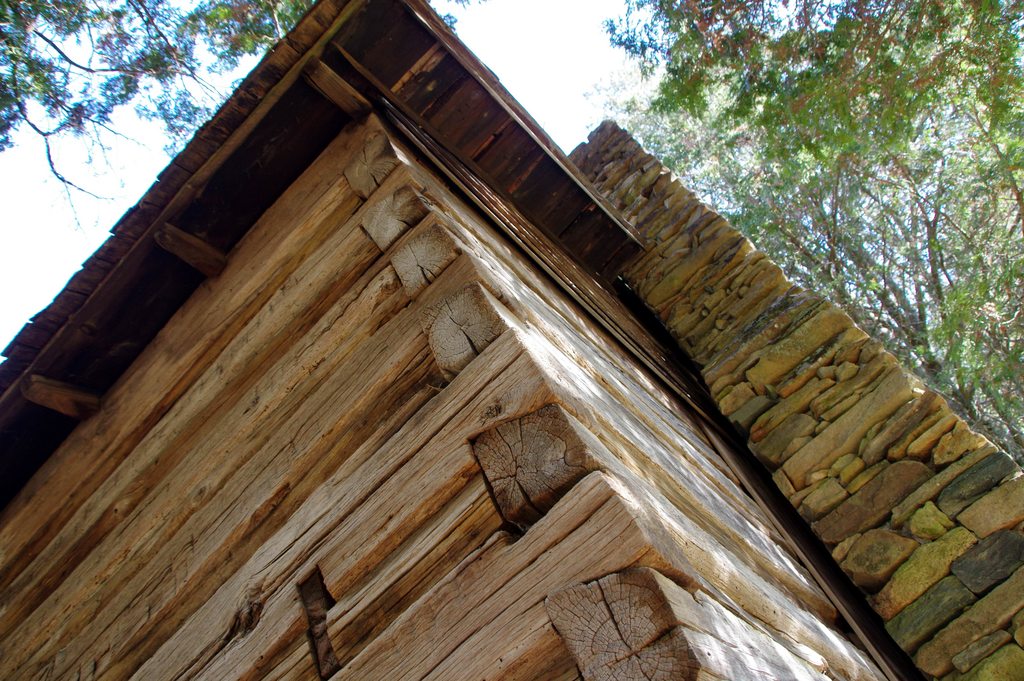