Dad, Mom, and I were bird watching at Indian Point Pier near Portland, Texas during March 2008.  The bird watching there is fantastic, especially if you’re interested in coastal birds.  When I take bird pictures, I always take my first picture the moment I see the bird.  Then I move a few steps closer and take another picture….which eventually results in the bird flying away.  Since Mom and Dad were with me this time, I decided to use them as my assistants.  I got about as close as I thought I could get without making the osprey I was photographing fly away.  Then Mom and Dad strategically walked towards the bird (who was perched high on a powerline-pole…probably keeping an eye out for a fish to eat).  I stood still — focused on the osprey — ready and waiting to get my shot the moment it started to fly.  Our plan worked, and I was able to get a couple of decent shots of the osprey.  Eight years later these are still two of my favorite bird photographs! 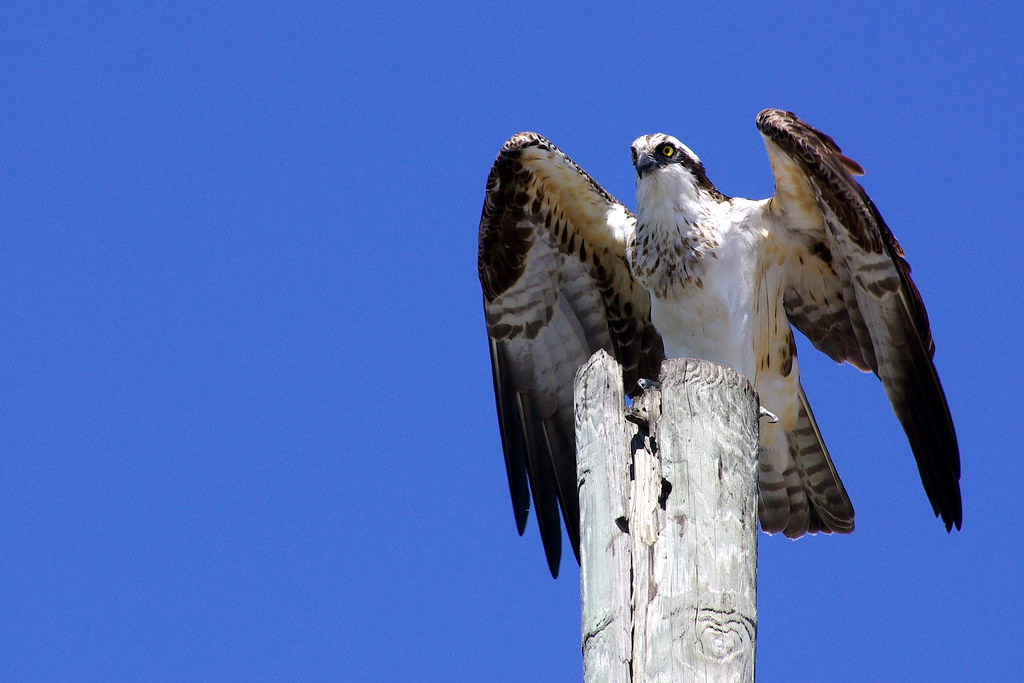 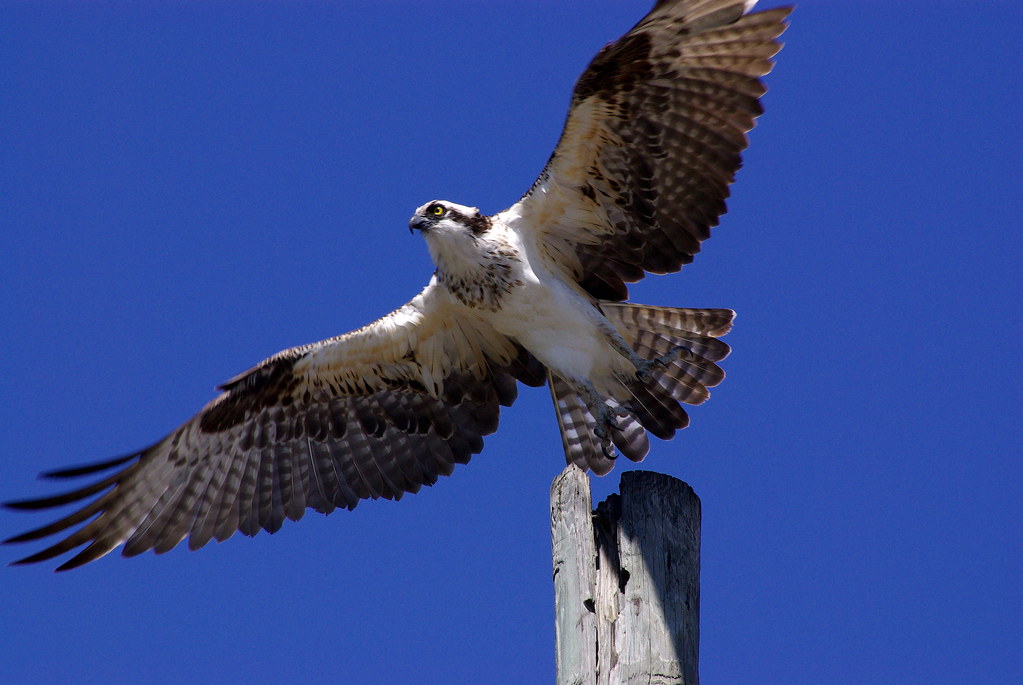